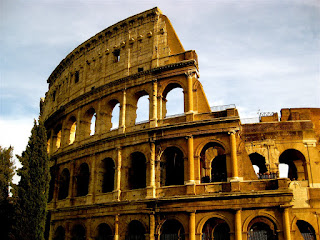 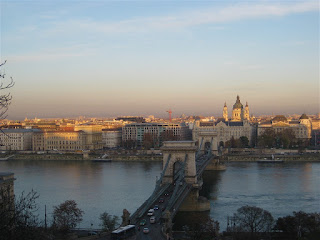 Paris is an amazing city. There are days when I walk out my door and go down the street to get a baguette and it suddenly hits me that I actually live here, let alone for the past two years. But there are days when the city and the work schedule, among other things, can get to you and you need to escape the city to breathe in the country air, or lay on the beach, or just get plastered in another country. Fortunately, travel from Paris can be very cheap.

In the last two years, I have visited at least 11 other countries, and taken at least 40 trips outside of the region, not counting visiting my girlfriend's family an hour away at least a dozen times. To do that, it sounds like one would need a large income. On the contrary, there are months where I make less than 1000 euros, before tax. My apartment alone costs 500 per month for my half. Yet I still have spare money in my account, and can afford to get out of town every couple of weeks. I'll show you how.

1. Get a Train Discount Card

If you are under 26, you are eligible to get a Carte 12-25 for traveling by rail from France. You don't have to have a French identity card nor visa, all you have to do is show up at the SNCF ticket office nearest you (they are everywhere in Paris), bring a mugshot of yourself (photo booths can be found in many of the metro and train stations in the city) and pay 49 euros for a one year subscription. This almost automatically entitles you to up to 50% off of train tickets in France, as well anywhere else that French trains travel. After 2 uses, this card is already worth every bit of the 49 euros paid. Travel to places like Lyon, Marseille, Brest, and Biarritz become much more realistic for a quick weekend getaway.

2. Check out some of the deals on the SNCF website

A couple of times this year, Julie and I wanted to get out of town for a day, but we really didn't have any ideas of where exactly to go. We really were wanting to get out to the beach. On the SNCF website (), after researching numerous towns along the coast in Normandie and Picardie, I saw that it was 27 euros roundtrip to a little town called Fécamp, with the Carte 12-25. I instantly bought the tickets, and two days later, Julie and I caught the morning train out to the coast. Including those train tickets, we spent somewhere around 50 euros a person that day, which included eating at a couple of restaurants, and stopping for a drink or two when we got tired of laying on the beach and walking along the cliffs. The next weekend, we did almost the exact same thing- Mers-les-Bains for 28 euros round trip. In two trips combined, we spent what some people spend on dinner in Paris. Hopefully this is getting you excited.

Over the past three months, I have flown to Budapest, Rome, and Helsinki for 43, 47, and 59 euros, respectively. I did not get lucky and win any sort of lottery, nor was this some sort of promotion. I just knew where to look.

A couple of years ago, a friend alerted me to when we talked about meeting up in Italy. Since then, I look at this site almost daily. What is amazing about it is that it allows you to search for an entire month, or even year. Even better, is that you do not even have to pick a destination. For example. one can simply enter from Paris to Everywhere for 2010. Upon clicking search, you will find, in order from cheapest to most expensive, all of the locations that you could visit. This is great if you haven't done much traveling here and have a long list of places to visit, as it is very easy to find somewhere cheap and interesting to see.

In addition, you can also pick which dates you would like to travel, and then see where the cheapest airfare can take you to during the given dates. In June 2008, I had four days off and after running the search for my dates, I found that Kraków was only 50-something euros roundtrip. I had heard it is a spectacular city, though it wasn't on my radar until that point. We went and it was one of my favorite trips I've had since living here.

Almost all of the cheap flights I have done in the last two years have been through easyJet. The great thing about easyJet is that not only are their flights very reasonable, they also fly out of Roissy-Charles de Gaulle and Orly airports, the two main airports in the city. A lot of times, discount airlines fly to very out of the way airports, which can make the trip a huge hassle. Which leads me to my next point.

Ryanair can be very, very tempting since a lot of their flights are ridiculously cheap. But with that cheap price, Ryanair is going to make you work for their flight. From Paris, Ryanair flies from Paris-Beauvais airport. Don't let the name fool you, it is not at all Paris, nor is it even in the same region of France as Paris. There is a bus that leaves for the airport three hours before flights, which costs 13 or 14 euros. In addition, a lot of the Ryanair flights are at odd hours, so you might have to catch a 3am bus to get to the airport, which is around a 90 minute drive from the city. In essence, I feel it is much more worth it to take a flight from Orly or CDG using Easyjet, Veuling, and others, rather than save a few euros to work your ass off to and screw up your biological clock to make a flight, where you might have to do the same thing when you arrive at your destination as well.

4. Call Up Some Old Friends

On many of my trips, I have gone to visit some friends of mine or Julie's. Some of them we didn't even know that well, but became good friends as a result of our visiting them. I have visited a kid I worked with briefly in San Diego who at the time lived in Belgium, a friend of mine from Kindergarten whom I had not seen in 19 years, and also a friend of mine's old roommate whom he lived with in Oakland but was at the time living in Madrid. Not only does this give you a chance to have a free place to stay, but it allows you to see what life is really like in these cities, through someone that lives there and knows it well. It's great way to experience the city in way that most tourists can't, eating, drinking, and meandering the way that the locals do! I've made some very good friends as a result of instances like these.

If you are traveling to Paris and looking to see (and eat) what French people really eat and take a walk around some cool neighborhoods of Paris, look into my tours at culinarytoursofparis.com
Posted by jp4tne77 at 1:28 PM